Before I begin, I know there are going to be people that are mad about some of these rankings. So for teams that didn’t make the top five, here are my explanations:

The Los Angeles Clippers aren’t on this list because Doc Rivers is no longer their head coach, Paul George was horrible in the playoffs, their 6th man of the year is a free agent, and Kawhi Leonard will be a free agent after next season.

The Houston Rockets don’t have a deep roster, only James Harden and Russell Westbrook who take up $79 million in cap space, and are getting older. The team’s average age is 30 years old.

The Thunder have a lot of potential, but Chris Paul is getting older, and aside from Shai Gilgeous-Alexander, their roster isn’t top 5 worthy.

The Jazz are great but have yet to develop into a big threat in the West, and I would probably put them at #6 if there was a #6 spot.

The Portland Trail Blazers and the Memphis Grizzlies are good teams with talent, but not top five.

As for why I put the New Orleans Pelicans at five, they have an incredible young core of Zion Williamson, Brandon Ingram, Lonzo Ball, Josh Hart, and Jaxson Hayes. They also have veterans JJ Reddick and Jrue Holiday. They have one of the brightest futures in the league, and all the tools to make a deep playoff run. That is, if they stay healthy. That’s the only reason in my mind they didn’t get the 8th seed this year.

The Dallas Mavericks have an incredibly bright future, led by Mark Cuban and member of the 1st Team All-NBA Luka Dončić. They almost got past the Clippers in the first round, but fell short due to injuries. If Kristaps Porzingis can stay healthy, then the Mavericks are going to be really scary. In fact, I wouldn’t be surprised if Luka Dončić wins MVP or finishes second in MVP voting next year. There is no doubt in my mind they will be a top five team next year. 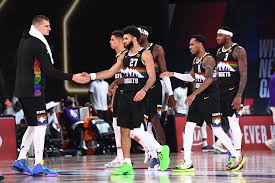 The Denver Nuggets shocked everybody this year by coming back from a 3-1 deficit in the playoffs; twice. They have the brightest future out of everybody on this list, with young superstars Jamal Murray and Nikola Jokic, as well as developing young players Bol Bol and Michael Porter Jr. If they can develop as a whole and keep their great chemistry, then they might even finish as the #2 seed next year. Last season, they were the #3 seed, and I expect them to stay there. 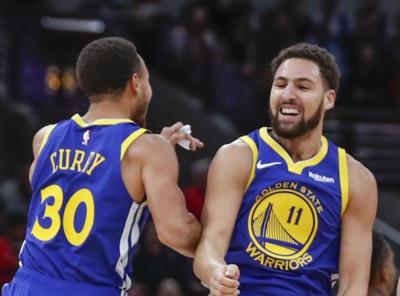 The Warriors may have been the worst team in the NBA last year, but I still have them at #2. Klay Thompson and Steph Curry are back from injury, and are finally playing without Kevin Durant. Hopefully, Steph can get back to MVP form. They also have Draymond Green and their #2 pick in the draft, who could end up being an all-star if they choose correctly. The last time the Splash Brothers played without Durant, they finished the season 73-9, and broke the NBA win record. That being said, they’re a little bit older now and have tougher competition, but they could still easily finish 2nd in the west.

I had to put the Los Angeles Lakers at #1 because well, they just won a championship. They’re still going to have just about all the same players, as well as Anthony Davis and Lebron James. I don’t know if they’ll win another championship next year, but in the regular season, there’s no doubt in my mind they’re going to be tough to beat.

Who do you think is going to win the West next year? Let me know in the comments below, don’t forget to follow, and as always, have an awesome day!

*Copyright Disclaimer Under Section 107 of the Copyright Act 1976, allowance is made for “fair use” for purposes such as criticism, comment, news reporting, teaching, scholarship, and research. Fair use is a use permitted by copyright statute that might otherwise be infringing. Non-profit, educational or personal use tips the balance in favor of fair use. No copyright infringement intended. ALL RIGHTS BELONG TO THEIR RESPECTIVE OWNERS

Credit to the NBA for pictures